We have an update regarding the Wave. Our last update mentioned that we would enter the finalized software beta on Oct. 15. This has been delayed due to unforeseen software circumstances. The remaining issues are the same, and we've provided some details regarding their current statuses below:

Below is an example of what we're referring to. Bill is our team lead we hired that we mentioned in the previous update. 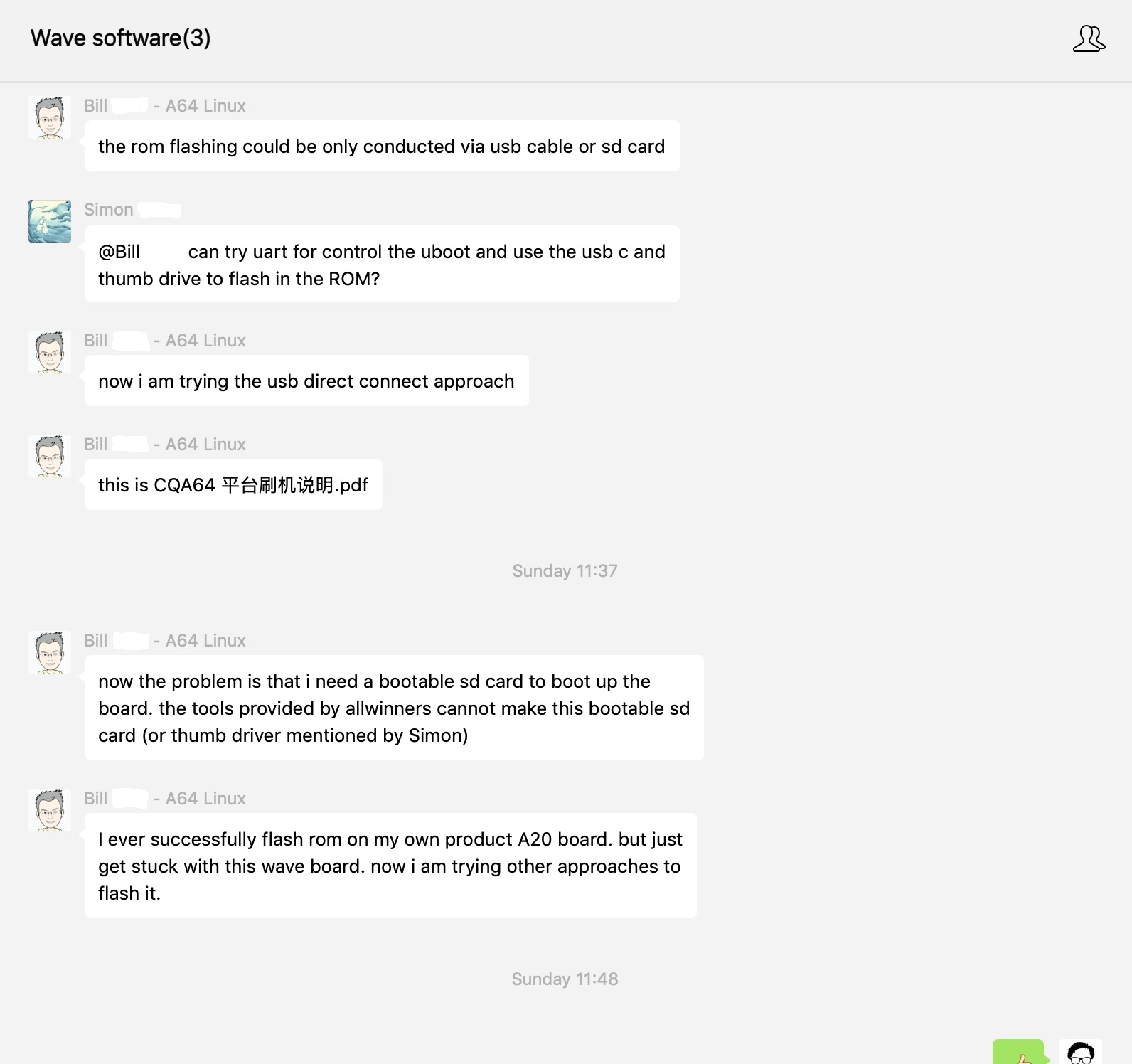 We are currently seeking another team and man power to help with the development of customization version of Linux. Larry is meeting with a new team tomorrow to discuss the project and possibly hire them if they can take on the project.

At this point, Android development is also ongoing. As we mentioned before, we now have TWO force work both on two kind of OS system at the same time. It fits the current market demand, and also will help if one of two plans scheduled is too late.

If Android development is finished before the Linux Pure Music OS, we will build the Waves with Android as to not delay things any further. Then we will have the option for backers to update their Waves to the Linux Pure Music OS when it's finally ready. It would be done via USB interface.  Also, we have another backup plan: that is to send out the Wave for backers who

don't have WiFi and Bluetooth options. This is related to different hardware configuration vs software version control and we will finish that part soon.

We'll put out another update when we have something to report over this project.

Did you find it helpful? Yes No

Send feedback
Sorry we couldn't be helpful. Help us improve this article with your feedback.